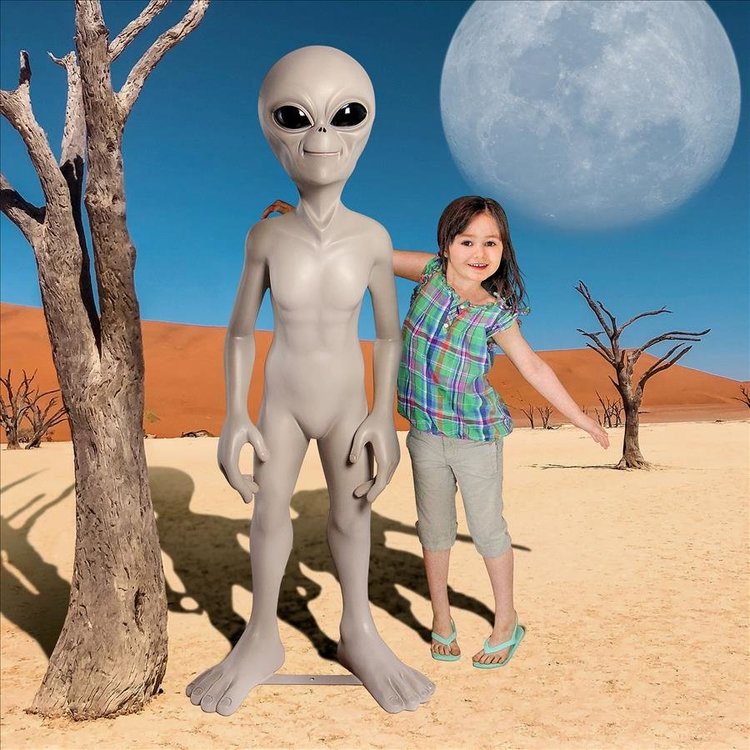 Heads will definitely be turning when they see your out of this world garden statue!

The Pentagon won't declassify it, the President won't comment on it, but Design Toscano sure WILL offer it up to you now in life size! Design Toscano has captured this giant Alien in a breathtaking five-foot quality designer resin statue, hand-painted for startling realism. Fashioned after the creatures aboard the alleged UFO the Air Force said was a military surveillance balloon that crashed near Roswell, New Mexico in 1947, our extra-terrestrial alien statue will become your favorite foreign, otherworldly mystery from outer space. It's a Design Toscano-exclusive favorite of earthlings, Sci-Fi collectors and Trekkie fans alike! 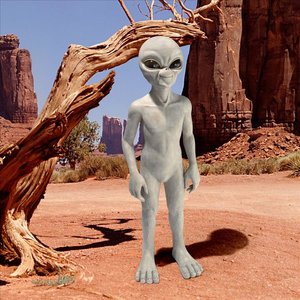 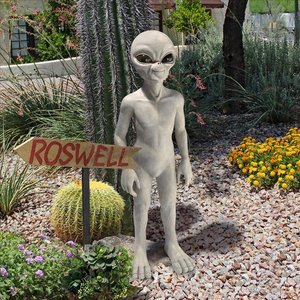 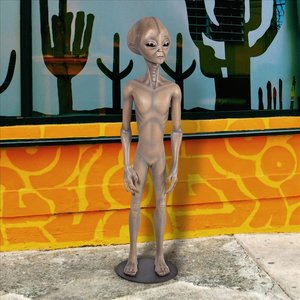 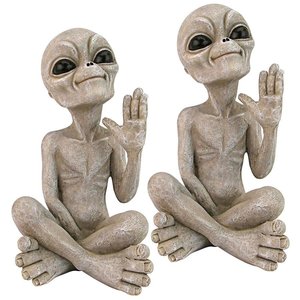 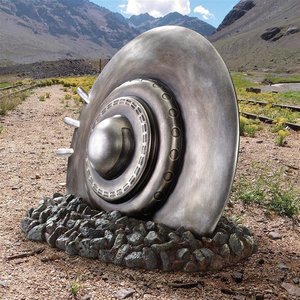 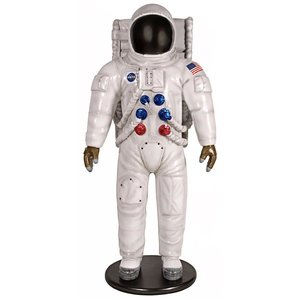 Man on the Moon Astronaut Statue 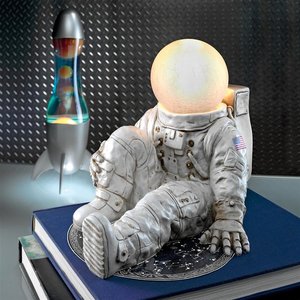 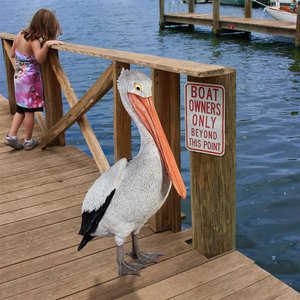 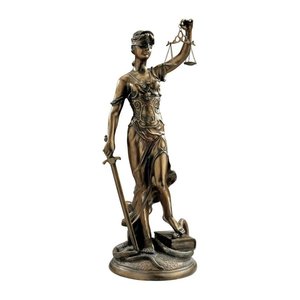 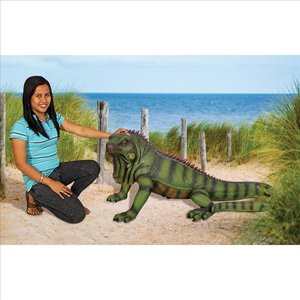