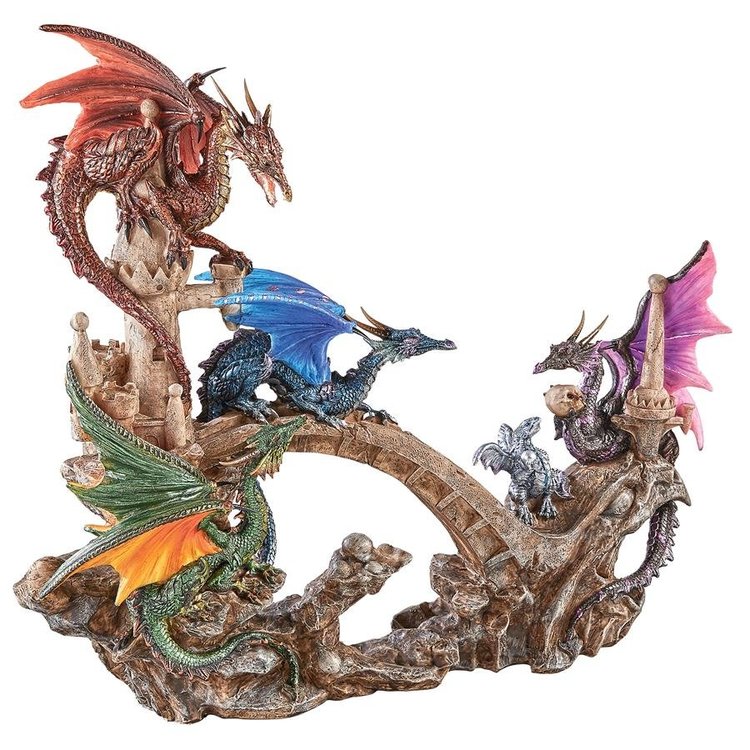 Onward to victory! As heralded by the rich legends of Norse mythology, our five ornate Gothic dragons were led by the Valkyries to battle for supremacy in Asgard's shining and golden Valhalla. Each more ornate than the last, these Design Toscano tribal beasts raise their talons as fire-breathing warriors that attack to the death. Cast in quality designer resin to capture details from epic and powerful leathery wings to savage scaled horns, these potent Medieval dragons are hand-painted by our artisans and displayed in a scene seemingly straight from Gothic portal lore. 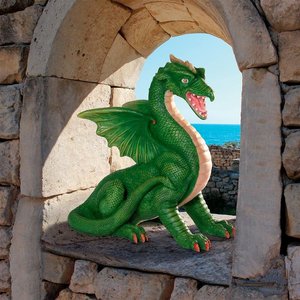 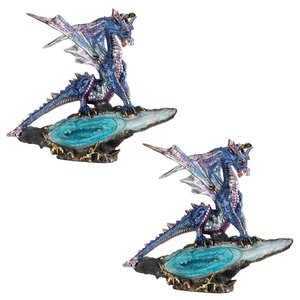 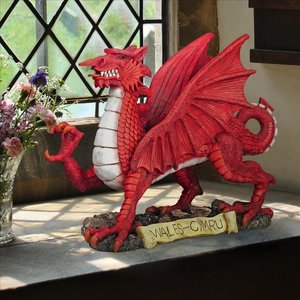 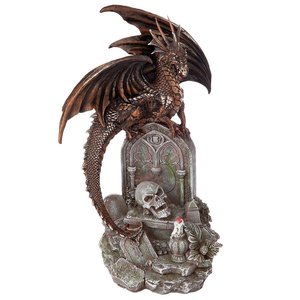 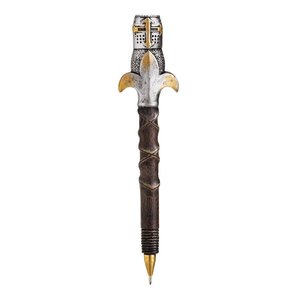 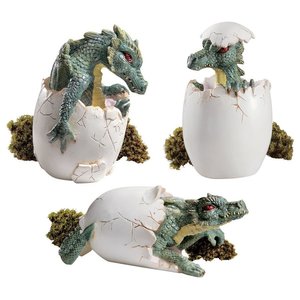 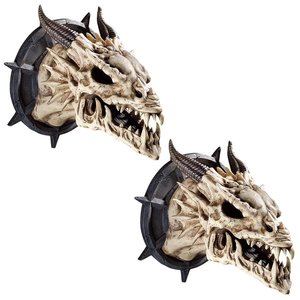 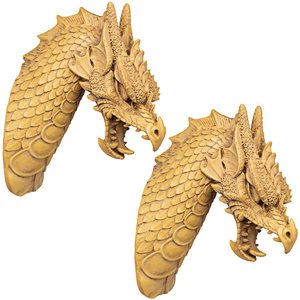 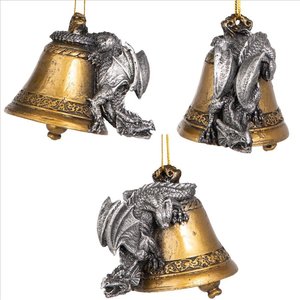 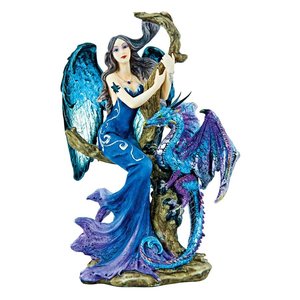